Redline has collaborated with our partner, Blue Danube Systems, for this article on Industrial #IoT Networking, for Water & Waste Digest Magazine 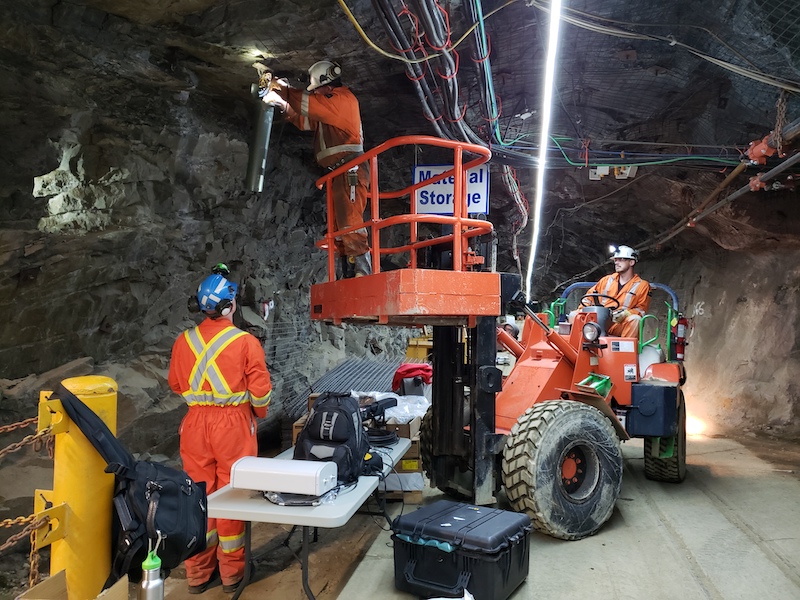 As digital transformation continues to drive change in the mining industry, private LTE networks have emerged as the wireless technology of choice to deliver robust, reliable and secure mobile communications. According to Harbor Research, private LTE for industrial and business markets will grow more than three-fold between now and 2023, reaching nearly $70 billion in estimated annual revenue.

The Internet of Things (IoT), cloud computing, artificial intelligence (AI), predictive analytics and automation all are playing key roles in this paradigm shift towards smart mining operations with an objective to increase productivity, reduce costs and improve safety. Now more than ever, the mining environment demands wireless networks with high-availability, seamless mobility and guaranteed Quality of Service (QoS), along with the ability to support multiple applications and services simultaneously.

Private LTE networks were first adopted by the mining and utilities sectors due to the secure and reliable digital connectivity offered for IoT devices in remote areas. Essentially, a private LTE network leverages micro tower and small cells, similar to an on-site WiFi access point, to replicate the larger public network. Private LTE networks can use licensed, unlicensed or shared spectrum, delivering higher quality performance and coverage than Wi-Fi. They are also more affordable to maintain, more secure and faster to deploy than Wi-Fi networks since they don’t require testing and certification by a mobile network operator.

While standalone wireless networks to serve devices and users within a localized area have significantly improved performance and reliability, the rapid growth of industrial automation, especially IoT devices and autonomous vehicles, brings new challenges and opportunities for these private networks.

Massive Multiple Input Multiple Output & 3D Beamforming Advantages
In mining operations, private LTE networks enhance automation at the site and can connect personnel to vehicles and sensors, thereby improving safety. There is no industry more vigilantly safety-conscious than mining. The high throughput and low latency offered by private LTE networks allow staff in open pit and underground mines to monitor and control critical equipment without interruption. Vehicles and heavy equipment, such as trucks, bulldozers, drills and excavators can be connected over private LTE, which offers significant performance improvements in network reliability and availability.

Even so, mining and other businesses operating in the most mission-critical, demanding and dynamic environments are striving to become an automated industry able to support a plug-and-play private LTE/5G ecosystem that can exploit the full capabilities of industrial IoT applications. Moreover, the proliferation of private LTE/5G networks due to the availability of the unlicensed Citizens Broadband Radio Service (CBRS) spectrum is set to further accelerate demand for agile networks.

In 2015, the Federal Communications Commission (FCC) opened previously protected spectrum used by the U.S. Navy and other agencies at the U.S. Department of Defense when it authorized the use of the 3.5 GHz band (3550 MHz to 3700 MHz) for shared wireless access.

All 5G networks are expected to leverage massive multiple input multiple output (MIMO) antenna arrays and beamforming. Today, 4G networks employ MIMO capability with either two or four antennas. These create multiple radio paths between the receiver and transmitter thereby improving radio link reliability and data carrying capacity. The advances in the field have now made it possible to cost-effectively deploy larger numbers of antenna elements to further improve the radio link for capacity and reduced latency. This capability in 5G networks is referred to as massive MIMO.

Massive MIMO provides additional capabilities in maneuvering the combined radio link such as narrowing or widening the shape of combined radio link and steering in horizontal and/or vertical directions. These software-driven maneuvering capabilities are referred to as 3D Beamforming. 3D Beamforming is achieved by precisely controlling the radio link from each of individual antenna elements, with the sophisticated software. This is analogous to lighting up a theater stage, wherein without beamforming the entire stage is nearly uniformly lit up all the time. And with beamforming, appropriate sections of the stage are lit up with variable intensity spotlights as and when required.

Blue Danube’s Coherent Massive MIMO solution has shown to exceed commercial wireless network improvement objectives and has demonstrated beamforming flexibility with mobile operators worldwide. The commercial evaluation with Redline is expected to demonstrate that the combined solution of Redline’s baseband product and Blue Danube’s massive MIMO radio can characterize and flexibly adapt to the unique radio characteristics and ever-changing footprint of industrial locations, while still meeting the latency and throughput requirements of deployed applications.

There’s no question that IoT systems can dramatically improve the productivity of mining operations and the safety of personnel working at both surface and underground excavation sites. With access to real-time data and analytics, geologists, mine planners and pit controllers, as well as drilling and blasting teams can utilize visualization tools that provide 3D displays of a mine.

Industrial IoT can also automate maintenance and operations of machines and allow users to automatically transfer and receive data over a network without requiring human intervention. Remote monitoring of operations can ensure maximum efficiency and better identification of performance issues. Providing analytics to predict failures before they occur, M2M sensors can detect the real-time status of heavy equipment and vehicles. Considering the cost of an excavator going down at a mining operation can be as much as $5 million per day and losing a haul truck can mean a loss of $1.8 million per day, equipment performance has significant repercussions.

Of course, all these industrial IoT applications demand a bedrock of secure wireless networks with high-availability and seamless mobility. When high throughput and low latency are non-negotiable requirements, only a private LTE network can answer these demands.

Innovators are just at the very beginning of realizing what is possible when deploying dynamic 3D beamforming and massive MIMO radio solutions in private LTE/5G networks for industrial applications. However, when human safety and prosperity are concerned, we cannot bring about these deployments soon enough. The future of mining is digital, and it is connected. Hence, mining operations and the networks that support them need to become more agile and better prepared for the new technologies that will continue to transform this sector.